With a reputation of excellence in spatial data integrity, Trimble’s customers have come to expect precision and accuracy at the forefront of every Trimble product. Trimble Connect for HoloLens (TCH) is no exception, and is one of the few mixed reality solutions enabling users the ability to work with models at a 1:1 scale. Until recently, maintaining precise alignment of models in the HoloLens has relied on a spatial engine referred to as Spongy Space. In spongy space, the device constantly updates its own location and orientation as it receives new sensor information, irrespective of previous alignment knowledge. Alternatively, the new World Locking Tools engine (WLT) constrains this spongy space between a collection of dropped anchors, optimizing position and orientation of the model alignment as the user moves about their space. With WLT now integrated into the TCH application, our team set out to measure the improved precision and accuracy of the new engine.

The way in which the HoloLens’ depth sensor maps its surroundings is good at determining where real-world features are in relation to the user, however, it is not as good at telling where the user is in comparison to where they were. As a user moves from Point A to Point B, the device uses SLAM-based algorithms to map and measure their movement. As with any SLAM algorithm, the relation between these points will be recorded with some error. When the user returns to Point A, the HoloLens will be slightly off again, resulting in a Drift error where the user perceives that the model has drifted away from its anchor at Point A. Generally, this drift will have also been noticeable at Point B, growing as the user moves away from their initial placement point.

Another important factor to consider is Scale error. This error causes users to see the size of their model differently than it was designed to be. For instance, a sphere that is modeled at 1 meter diameter may not perfectly appear as a 1 meter hologram. Scale error is unique because it varies from device to device, model to model, and even person to person. A number of factors contribute to this error, such as the factory calibration of the device, the conversion of a model from the authoring tool into the HoloLens, a user’s physical eye characteristics, and/or the way in which the user is wearing their device.

By defining both Drift and Scale errors, as done in this report, it is possible to prescribe best practices for users to limit the impact of such effects in their use of mixed reality.

After a thorough series of tests, these errors were isolated and defined. Testing first looked at scale error in order to apply these findings to future observations and subsequently isolate drift on its own. Here, it was determined that the tested XR10 device scaled the model at a near perfect 1:1 ratio, showing a small scale error of only -0.03%. With scale error defined, the average impact of drift (expressed as a percentage of distance travelled) could be determined. Using the new WLT, drift error was found to be 0.37%, versus 1.14% without, more than a 3x improvement. Over a distance of 50m this is a difference of nearly 0.4m (1’3”) in error.

It is clear that by integrating World Locking Tools within the TCH platform, Trimble is able to offer a significantly improved model viewing experience to our users. With drift and scale error known, it is now possible to define best practices for an optimal user experience. To mitigate the effects of these errors, we suggest that users keep the radius of their mixed-reality work area limited to less than 50m (160’). When working beyond these limits, it is suggested that the user realign their model every 50m (160’) in order to best mitigate the impacts of drift. This recommendation may shift depending on a user’s individual precision and accuracy needs. 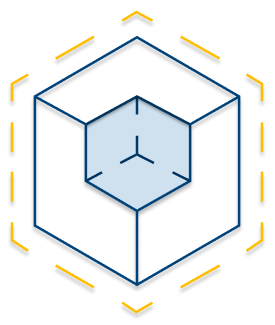 Scale error was determined by measuring the dimensions of several small holographic models overlaid in TCH and subsequently comparing these dimensions against the true model proportions. The overall expected scale error is calculated by assessing the observed dimension divided by the true dimension, s=dobs / dtrue. In this testing environment, the model in TCH was on average 99.97% the size of the control model, thereby making the average scale error -0.03%. 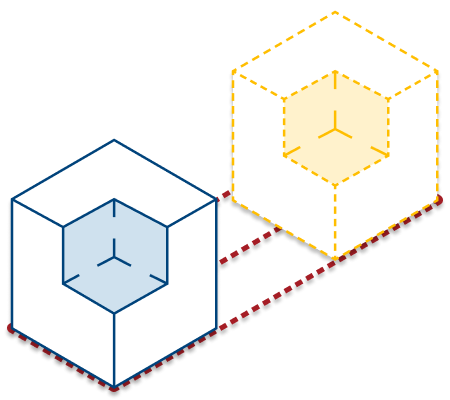 Assessing drift error was split into two components: 1)Coordinate-based comparison and 2)Baseline based comparison. Coordinate-based comparison offers an indication of the model’s accuracy in positioning holograms in the real world. However, this is highly dependent on the user’s ability to precisely anchor and orient the model time after time. Inspecting baseline lengths is independent of this human error, as the observed model positions are used to calculate distances which can be compared against expected values.

Overall, WLT significantly diminished the impact of drift. Comparing the observed model coordinates to their expected locations highlighted a decrease in error of 3x, going from 1.14% to 0.37% over distance between the two solutions. When comparing the two solutions via baseline length, it was found that drift was reduced by 4x, shrinking from 1.27% to 0.31%.