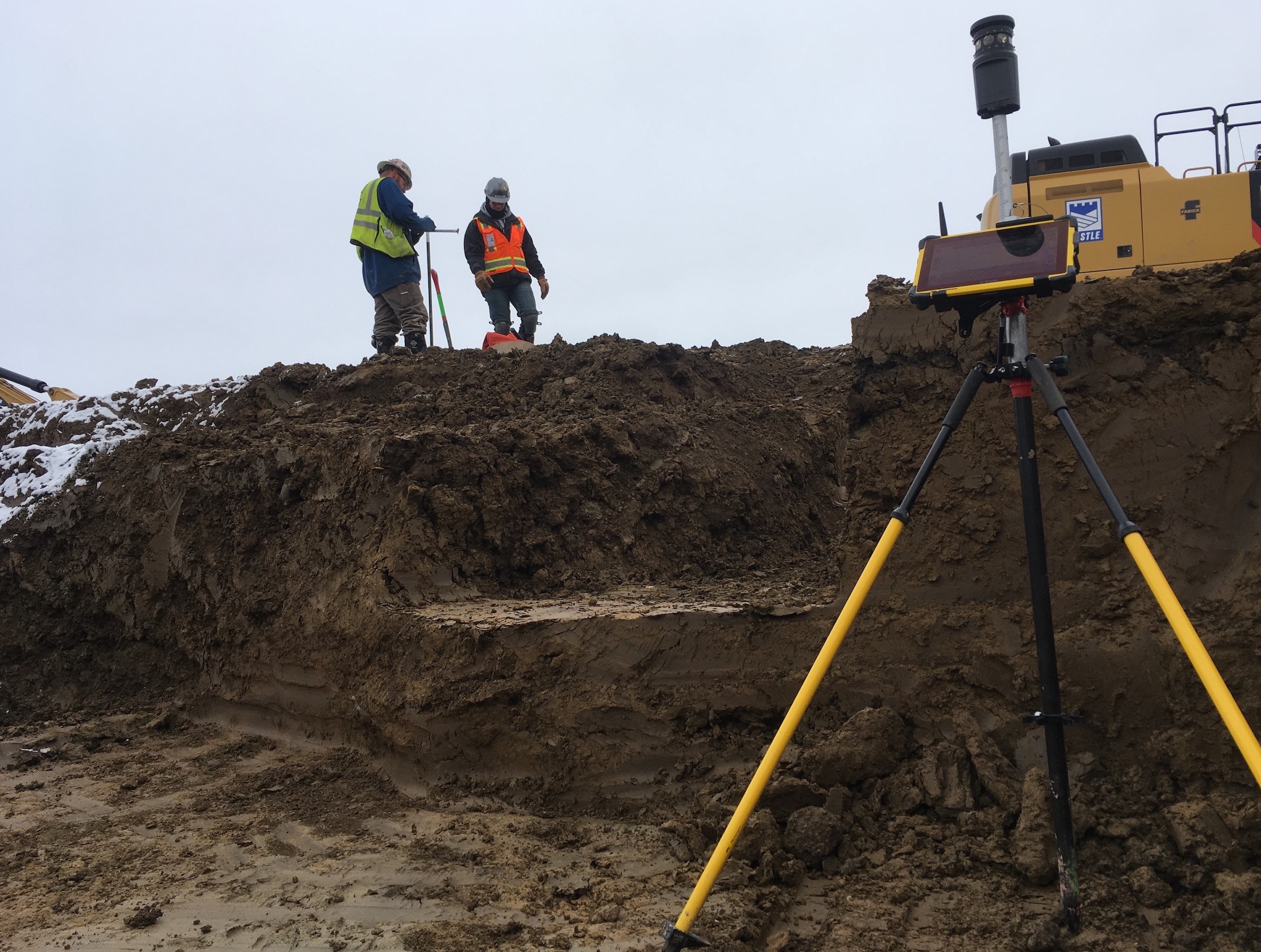 PayneCrest is an award-winning electrical contractor based in St. Louis, Missouri with more than 150 office employees and 500 electricians in the field. The company serves commercial and industrial customers nationwide in areas such as automotive facilities, pharmaceutical and research facilities, and data centers. Luke McCrea is on the National Projects Team at PayneCrest and has over 14 years of experience in the construction industry, with a background in virtual design and construction (VDC) and building information modeling (BIM). He is always looking for smarter, more efficient ways to complete layout on his projects.

McCrea knew the traditional way of doing layout using blueprints, tape measures and string lines was not efficient and often led to increased costs and delays. He also knew electrical contractors are typically the last to come onto the project site and often have to work around other trades and/or redo work that was not accounted for earlier in the project, costing valuable time and money.

In addition, with the increase in prefabrication, electricians don’t always have the luxury of making changes after the fact, so they need to be precise and efficient from the start.

Fortunately, layout tools and techniques have evolved, and McCrea knew using new technology could help him avoid costly mistakes and be more efficient.

McCrea learned from previous experiences that integrating hardware and software technology with a constructible approach, which relies on constructive data and a digitally connected workflow, would yield the best outcome for their projects. He selected the Trimble Robotic Total Station (RTS) and Trimble FieldLink construction layout and scanning software to increase productivity and accuracy in the field. With this solution, he could better manage the complete construction layout and as-built collection process.

He took this approach on a recent project involving multiple levels of excavation. With the advancements in total stations for construction layout, he was able to start the process on the site before any other trades started their work. He didn’t need a tape measure or to have the concrete boards in place to attach strings, everything was done using the Trimble hardware and software with nothing around them except for the flat ground. This allowed him and his team to easily move about the site to capture points and use the laser layout for the decks and floors. He also used the RTS for as-builts to document and capture the wall layout and rough ins.

Once the layout was complete, he was able to import the data into the model and correct any errors before the work was started. This provided immediate as-built field information so updates could be made to the collaborative 3D model as well. While everything was straight in the model, he could also make small tweaks to accommodate for real world conditions.

“Putting the data from the field back into the model allows us to verify the accuracy and creates the as-built so we can make adjustments as we go,” said McCrea. “Using Trimble’s technology, I can look at it in the field and trust that what I am doing is right.”

By doing all of this work before the rest of the project began, McCrea and his team were able to start prefabrication offsite, installing racks for wire and components that would eventually be placed eight feet below the finished floor.

Following this closed-loop process meant the model and reality were able to stay completely aligned throughout the build. Maintaining a direct link between the design intent and the construction reality is a key component of a constructible process, where constructive data and real-time collaboration allows every person, phase and process to work together seamlessly, optimizing the entire design, build and operate lifecycle. 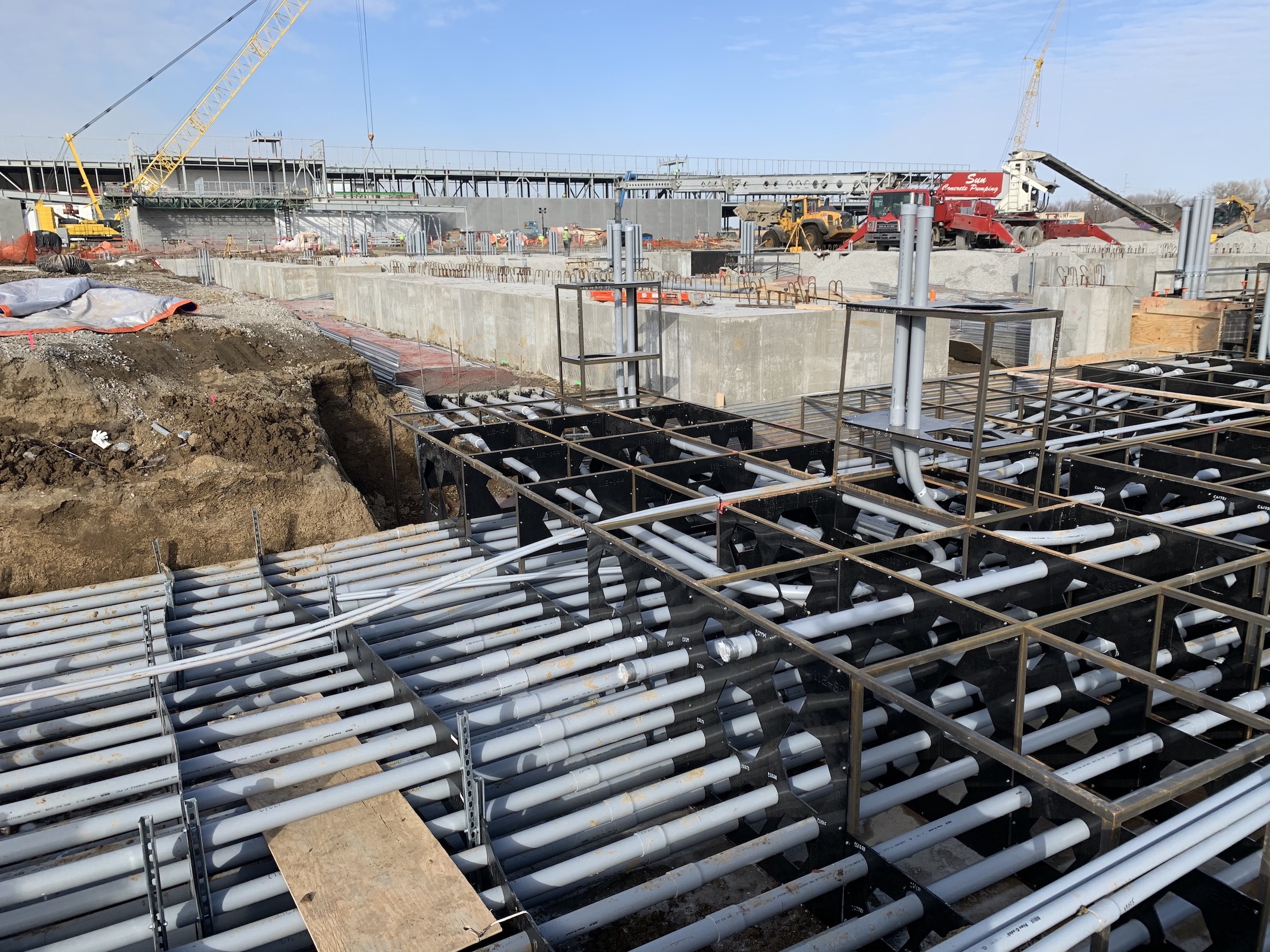 Trimble technology has also allowed the PayneCrest team to ensure fewer mistakes due to human error and to get to the end result more quickly. Using the RTS and FieldLink, they were able to complete prefabrication offsite, installing over 15,000 bangers in the decks as well as the overhead hangers for lighting, cable track and bust ducts.

Another significant advantage of using this technology is the ability to be the first contractors on the project. McCrea and his team were able to have all undergrounds precisely where they needed them, which accelerated the construction schedule since they did not have to reference the layout based on work done by another contractor or trade. This also helped them better coordinate their activities with the general contractors and construction managers on the project.

Changing the order of construction and starting with a flat piece of ground means McCrea and his team don’t have to wait on other contractors to get their parts done. Now, he and his team can be involved very early in the project. They can come to the jobsite when it is an open field, and instead of waiting, they can put all of the layout data into the model and more easily coordinate with excavators and every other trade.

“With this approach, everyone is coordinated on the same plan, and schedules can overlap so you can have multiple trades on the critical path at the same time and you don’t have to wait,” said McCrea. “Once you do it this way, you won’t go back.”