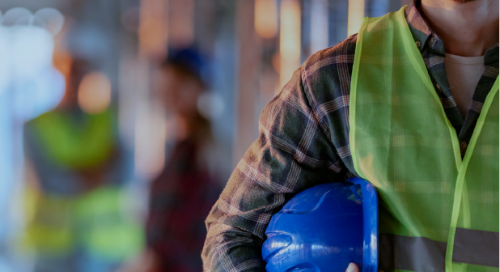 Founded in 1949, Southland Industries is one of the nation’s largest MEP building systems experts, providing innovative yet practical solutions through a holistic approach to building performance.

Advocating a design-build-maintain model, Southland, a BuildingPoint Pacific customer, specializes in the design, construction and service of mechanical, plumbing, fire protection, process piping, automation and control systems, as well as comprehensive energy service needs. Offering standalone services as well as integrated solutions, Southland’s in-house experts remain connected, sharing knowledge and information to produce the results that earned Southland its reputation as one of the top design-builders in the nation.

In 2019, Southland’s Southern California Division was awarded a contract to develop a consolidated car rental facility at the Los Angeles International Airport (LAX). At roughly seven million square feet, the new facility will consolidate the existing rental car companies into one convenient location adjacent to the 405 Freeway. Southland was tasked with performing all of the mechanical HVAC and plumbing, including storm, sanitary waste and vent, air-cooled variable refrigerant flow (VRF), split systems and general and specialty exhaust systems.

“The size of this project is substantial,” said Chris Eskridge, senior project manager for Southland’s Southern California Division . “The plumbing is measured in miles and we did a takeoff in a truck for a temporary water line that is over two and a half miles. So, the scale of this job skews a lot of things about how we approach layout.”

A long-time customer of BuildingPoint Pacific, Southland has traditionally used Trimble Robotic Total Stations (RTS) to accelerate layout. However, given the massive size of the LAX project and the need to work quickly with precision, Southland decided that instead of Robotic Total Stations, its field crews would use the Trimble SPS986 GNSS Smart Antenna for layout along with Trimble FieldLink software for a complete office-to-field workflow.

The biggest driver behind Southland’s decision to use the SPS986 was the time savings it would deliver. Satellite tracking reduces the amount of setup time and pairing with Trimble’s tablet controller streamlines workflows. “We decided early on to go with GNSS for layout because it eliminates the time we would normally need to bench-in, or set up a control for, the RTS to mark the location,” Eskridge said.

The precision of GNSS technology makes correcting known points established by the contractor fast and easy. “We set up the rover on a tripod with a base station at a fixed point and it sends out correction signals,” said Eskridge. “Once we have those in place, data is collected from a satellite connected to the SPS986 and we can identify the location of the base station within a half an inch to an inch.”

With the SPS986, Southland layout crews also save time because, unlike a Robotic Total Station that requires line of sight, all the instrument needs is a clear view of the sky. “An RTS would have required us to move the robotic heads to maintain a line of sight for the laser,” said Eskridge. “With the SPS986, if someone parks a piece of equipment or walks in front of the instrument, we don’t lose the signal and avoid the loss of production we would have if we were waiting for that obstruction to move so we could regain the signal. And, layout crews can work underground and on elevated decks at the same time utilizing one SPS986.”

The SPS986 can serve as a GNSS rover system or as a base station for other GNSS operations. Southland uses one SPS986 as a base station and has four additional rovers in the field for piping, mechanical and sheet metal layout. With its wideband radio for long-range operations on large projects, the SPS986 allows Southland to cover large areas with one base station. “The LAX project site is 110 acres, it’s massive,” Eskridge said. “The SPS986 allows us to cover the entire site and multiple levels with one base station and without worrying about any obstructions.” With the size of this project, the SPS986 also allowed Southland layout crews to quickly adapt to changing situations.

"If a worker is laying out plumbing underground, for example, and something happens requiring layout for a field crew on another part of the site, that person can stop what they’re doing, quickly do the field layout and then go back to what they were doing before. This wouldn’t be possible with an RTS. The SPS986 dramatically increases the flexibility for our layout crews."

The SPS986 has exceeded Southland’s expectations by bringing efficiency to layout and saving time. “It’s a night and day difference,” said Eskridge. “The ability to use FieldLink with the SPS986 has made it easy for field crews to adopt and, with the efficiency gains, it would be a fool’s errand to do this project, or any similar project, any other way.”

Because MEP trades historically use Robotic Total Stations, using GNSS technology for this project was a new approach. “We didn’t want to disrupt the workflow for our teams in the field,” said Eskridge. “They’ve been using FieldLink for years and that didn’t change on this project. We simply removed the need to bench-in the total stations, which everyone saw as a positive. All of the policies and best practices we’ve developed over the years for working with the Robotic Total Stations are also applicable to GNSS.”

Eskridge estimates the Trimble SPS986 and Trimble FieldLink increased efficiency by 20-30% on the LAX project. Eskridge plans to continue this approach on future projects saying, “On projects that have an open line of sight to the sky, even without known control points, I would go with the SPS985 any day of the week. Its impact on our work has been that dramatic.”

In addition to saving time, eliminating the need to bench-in a robotic total station has brought significant cost savings. “With the SPS986, one person can layout 500 points a day instead of 300 simply because the set-up is fast,” said Eskridge. “When you take the cost of that person spread out over the entire project, the SPS986 pays for itself in a heartbeat.”